To be honest, no, we don't spend all year looking forward to August fishing. We can't count on every day being epic but we NEVER KNOW what to expect on a given day. As slow as some days can be, the reality that the next bite could be a fish of a lifetime is what keeps us coming back for more. I don't have a crystal ball that can tell me what we'll be catching in the months ahead but we have been fishing in Miami for a long time and we can take a quick look back at the last few summers to give us an idea of what to expect.

Summer Dolphin Fishing at Its Finest 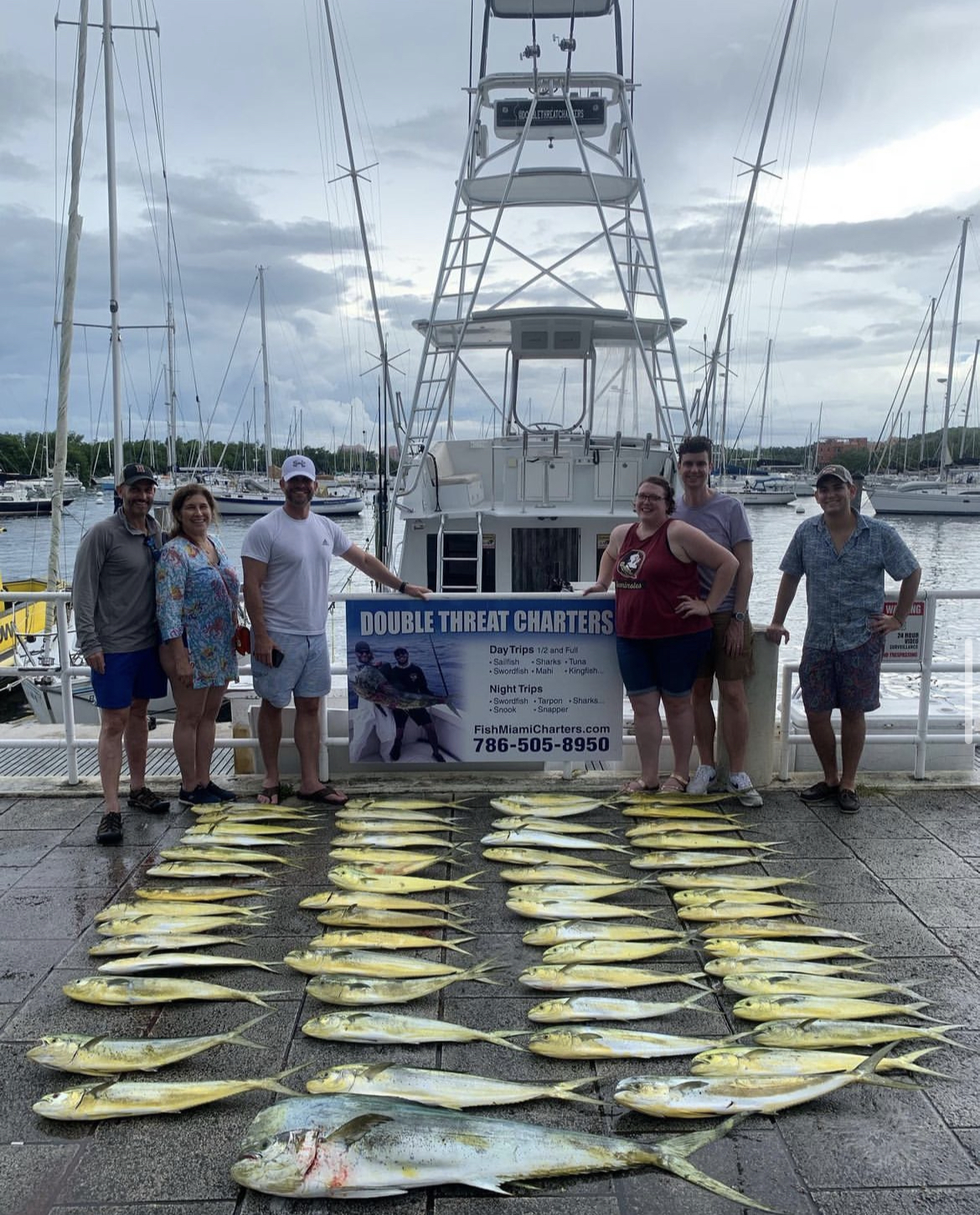 August is historically a great month for dolphin fishing with both quality and quantity to be expected. Some years are better than others but the last few summers have seen great fishing in August and even September rather than the usual June run. Dolphin are great eating, hard fighting, and absolute crowd pleasers. We don't have to look back very far to reflect on the many days of epic mahi fishing we've had this time of year. The pic above is one of many limits we've caught over the last few summers. Overall our fishery isn't what it used to be but we've been seeing a lot more smaller fish this summer so I'm optimistic things will turn around in the next few months.

Swordfish are definitely a bucket list fish. We recommend reading up on this fishery before booking a trip because the technique may not be what you expect. With that being said, August isn't our favorite month for swords but we have definitely caught a few over the years. Sometimes we get a pretty good run of fish on the August moon and it usually gets even better as fall comes around. This fish is from last August. It was a decent one, probably 180 lbs. If you want to book a sword trip, late August or September can be pretty good. Feel free to read more about swords here: https://www.fishmiamicharters.com/fish-species/swordfish 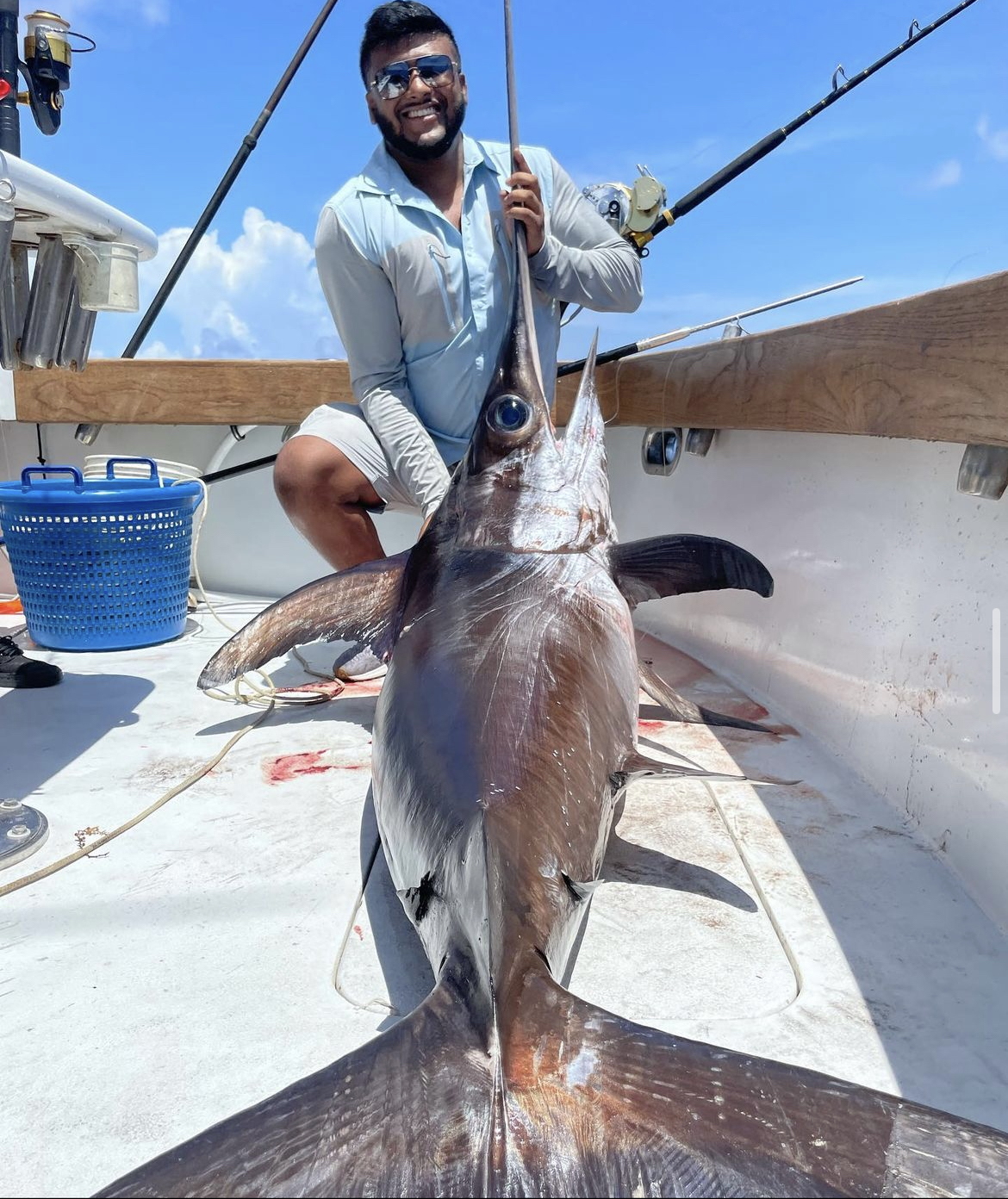 You Never Know Until You Go

August can be a great month, especially if you like calm weather. For the most part, we can expect the dolphin to be pretty consistent. In addition, snappe can be found on the reefs along with kings and smaller tuna. Who knows, if you're lucky you may even have a shot at a blue marlin like the one we caught during August 2 years ago below. 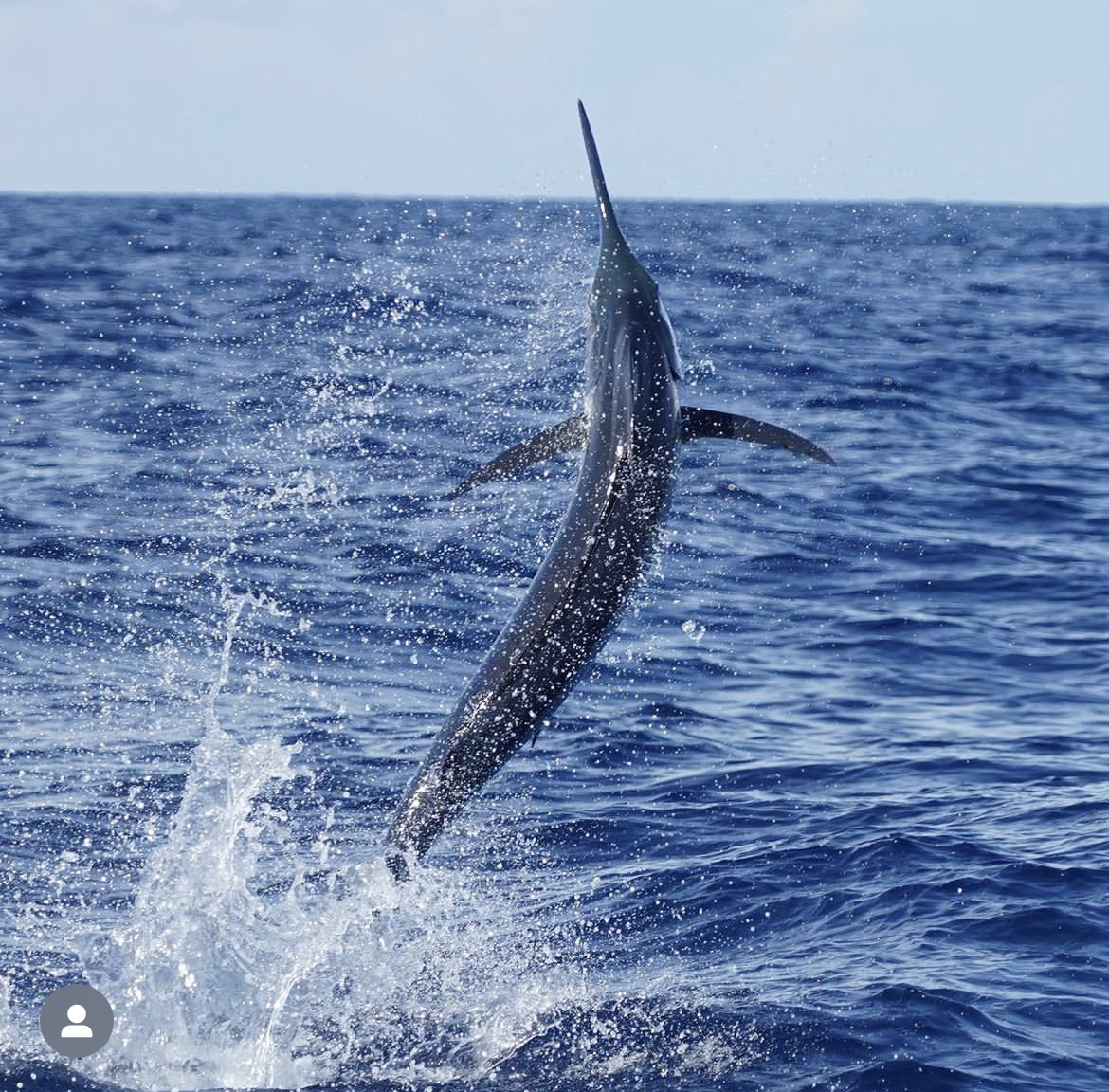