Grouper fishing in Florida involves a variety of species. Black grouper are significantly larger than reds, capable of surpassing 70lbs. Blacks are not dumb, and require more time and effort to hook and land. They are incredibly powerful fish who will snatch up a bait and run for cover without giving you an opportunity to react. Black Grouper are wonderfully patterned with black blotches on a gray or black background. They are equipped with large, powerful fins, and a bucket-sized mouth capable of sucking up their prey in the blink of an eye. 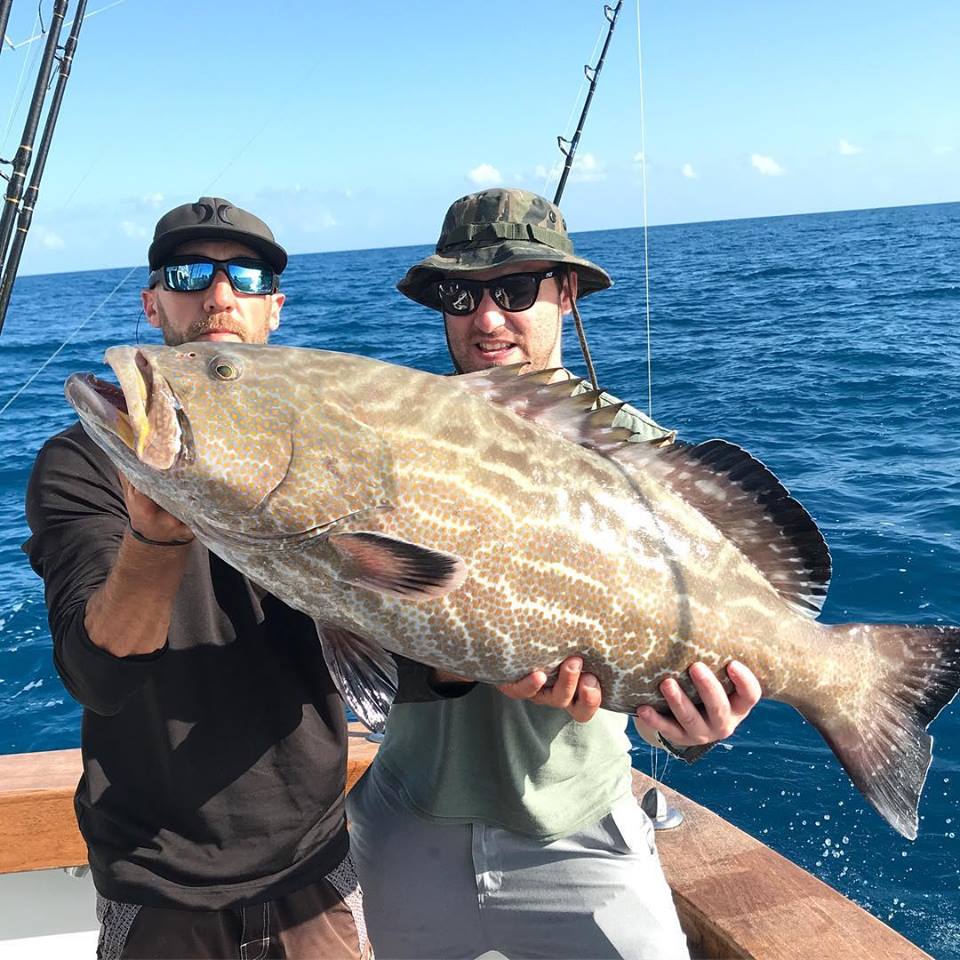 How to Catch Grouper

When considering how to catch big grouper, several methods should come to mind. Large live baits and jigs tipped with dead bait work well for plying deeper reefs and wrecks where black grouper frequent. Smaller individuals snug themselves under coral ledges and outcroppings, waiting for unsuspecting fish to pass by. Heavy jigging tackle gives anglers a chance at pulling these brutes out from their lairs. 80lb Braided line affixed to 80 or 100lb bullbuster monofilament leaders may not be stealthy but it gets the job done. When working large jigs and live baits near the grouper's typical haunts, anglers must prepare to muscle the fish out and away quickly. During the winter, the Double Threat Crew has found pockets of fish holding shallower on patch reefs with the average fish falling between 5-30lbs. Trolling ballyhoo and large deep diving plugs like Rapala Magnums and X-Raps have managed to coerce the fish to leave the safety of their holes to track our baits. Using Penn 6/0 Senators filled with 40lb monofilament we can cover ground and pull the fish a safe distance away from their holes when they strike.