While deep sea fishing in Miami, you can never rule out an encounter with a blue marlin. Blue and White Marlin swim the tropical Atlantic constantly searching for food. Offshore trolling for dolphin and kite fishing for sailfish are the best ways to run into a marlin. Marlin are typically a rare encounter off Miami but we do catch a few each year. Just to the east in the Bahamas, the marlin fishing is better, especially during spring and summer. Either way, you can never rule out an encounter with marlin off Miami. 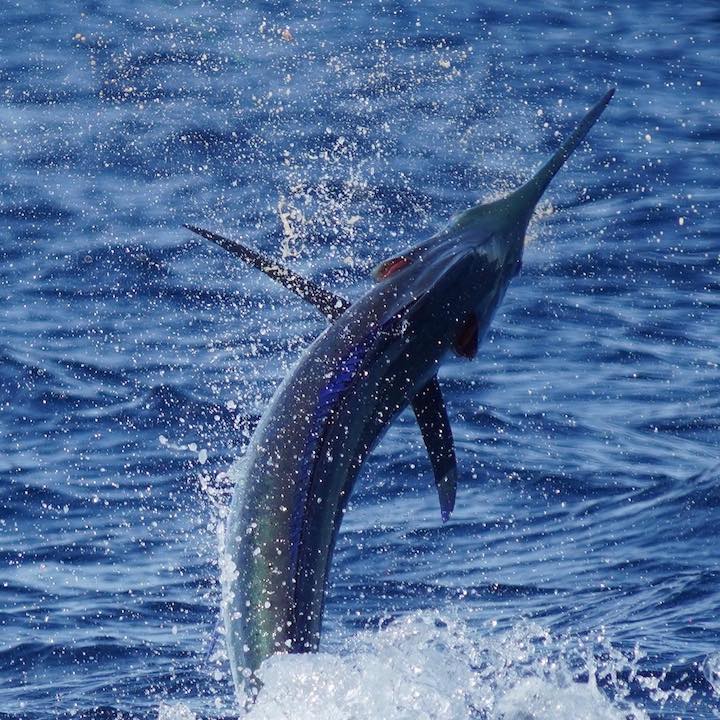 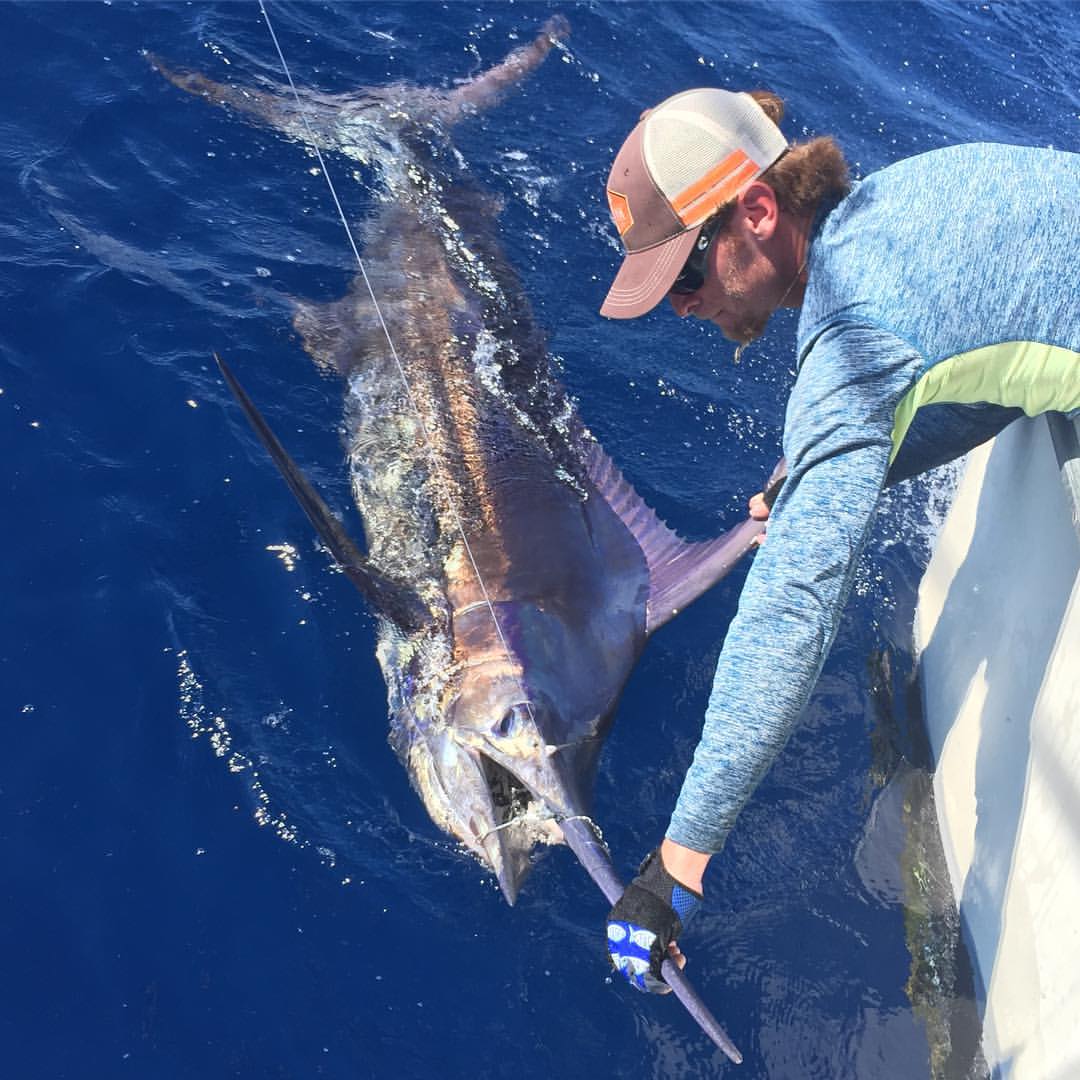 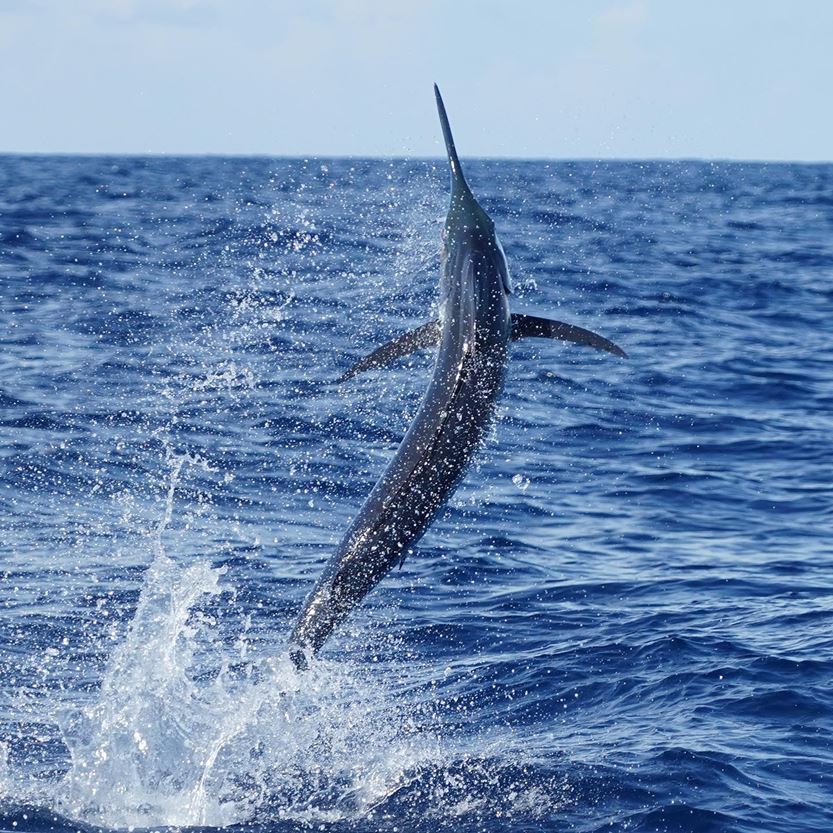 As the water warms, blue marlin can be found chasing schools of pelagic species and will crash the party when trolling for dolphin. Fishing for Blue Marlin in Miami is most productive around the full Moon. Focus your efforts on the humps and canyons in the Gulf Stream. Trolling a flashy spread with dredges and teasers can help increase the odds of raising a marlin, but catching them is still quite a challenge. Blue Marlin can reach weights of 1000lbs, though blue marlin off Miami generally are less than 500lbs. Double Threat Fishing Charters keeps a large 50w setup rigged and ready if the opportunity to catch a Blue Marlin presents itself. Otherwise, our kite fishing gear will suffice for smaller whites and blues. With wild acrobatics and ridiculous strength, Marlin are an unforgettable species when dealt with. There are no fences in our oceans so running into one is always a possibility.