We got a late start to do some daytime swordfishing. There was a light east wind and we heard a few decent reports so hopes were high. We headed straight out to the grounds and had a line in by 11: 30. There wasn't much current, only about a knot and a half. The first drift didn't produce a hit and ended after we busted off our weight. We had only soaked the bait for about 45 minutes and we moved north to take another drop. At about 1:30, we had just touched bottom and cranked up into the strike zone. Before we could get comfortable, the rod doubled over like we snagged bottom. The fish took off like a freight train and we were tight. 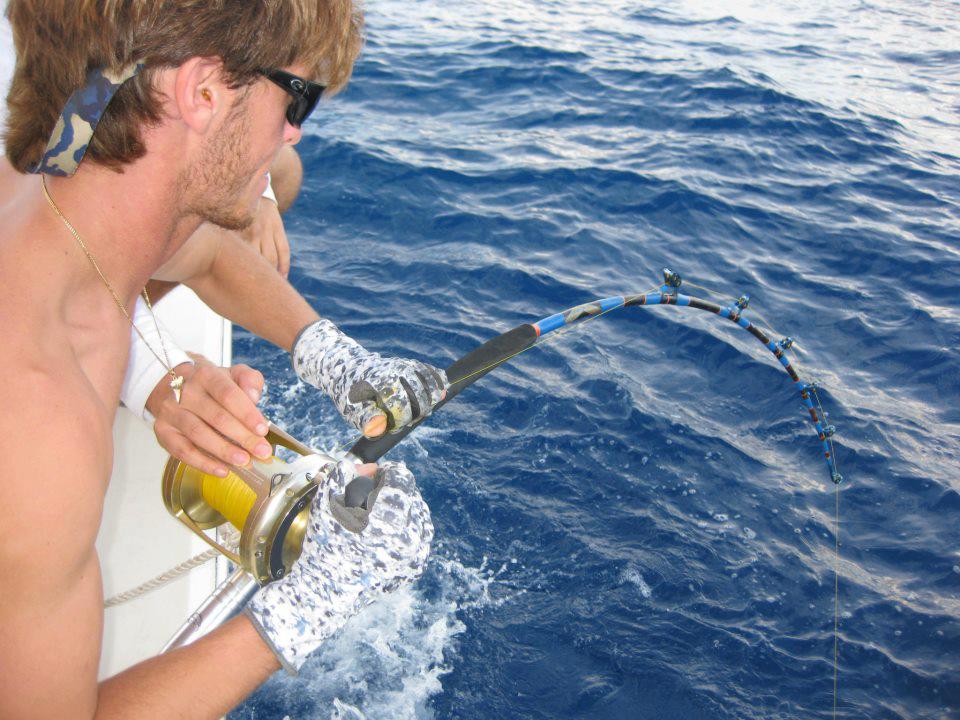 Some strong initial runs showed that this was a big fish. We had 25 pounds of drag on the fish and he wasn't phased... The tug of war lasted 3 hours and we saw the silhouette of a massive fish after getting the wind on through the guides. It wasn't a swordfish, we managed to foul hook about a big thresher shark right behind the gills. We snapped some pictures and got a clean release. Big Eye Thresher sharks really are impressive animals... 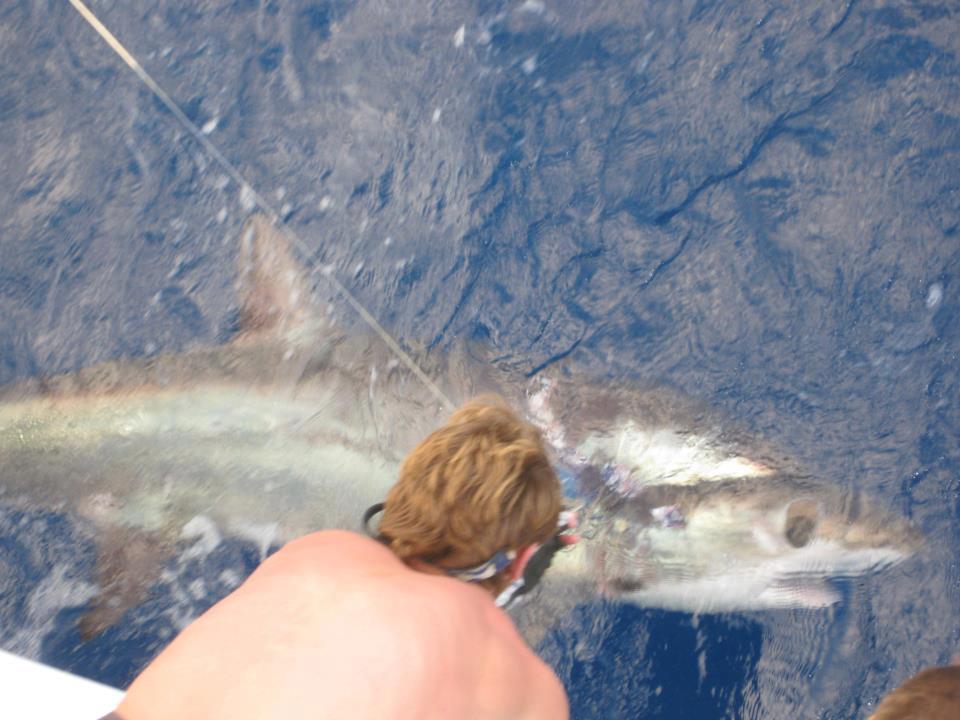 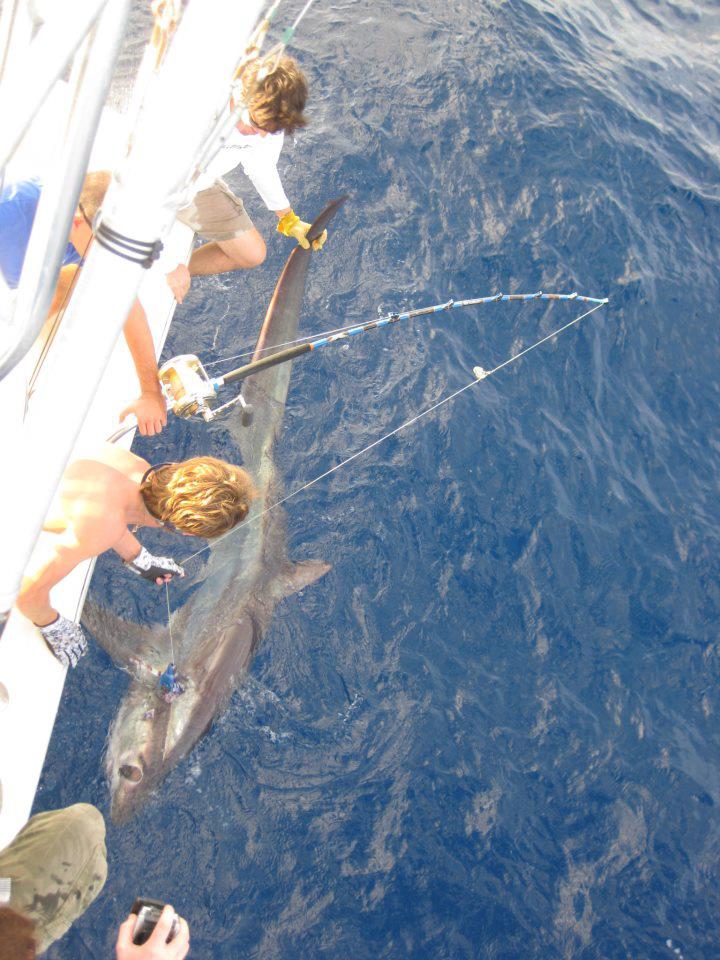 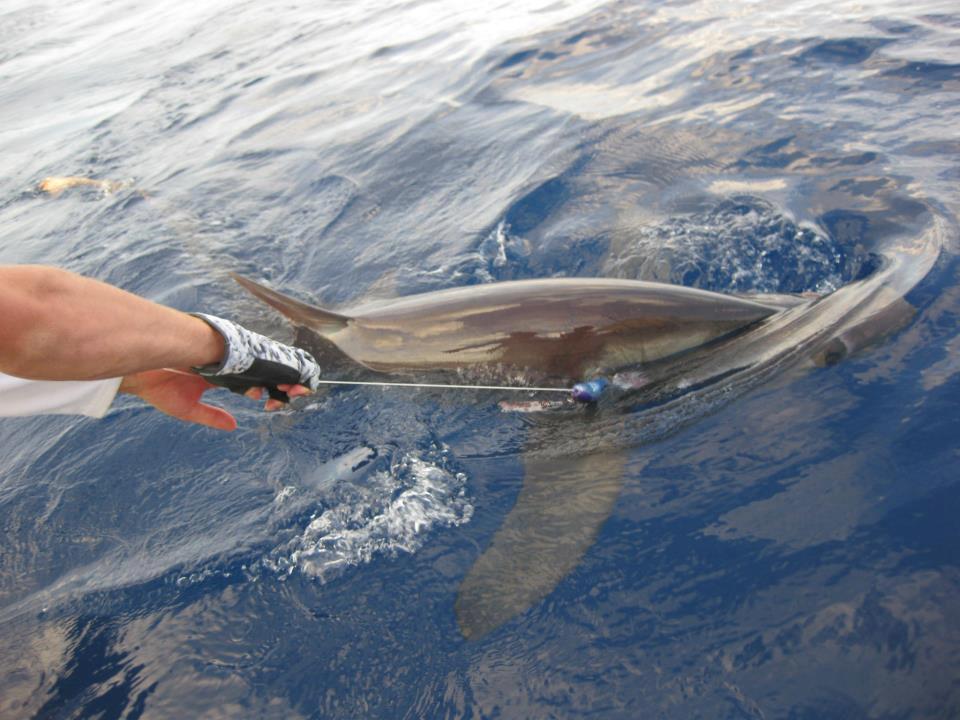 We took one last quick drop before sunset. The bait got slashed up but the fish never took the bait. It was definitely a sword... We only fished baits for about an hour and 15 minutes when we weren't hooked up to the thresher. We didn't really have adequate time to put in for swords but the shark was a trophy catch regardless. Final Tally- 1 Bigeye Thresher Shark