We left the dock at 8 am. We already had some goggle eye, thread fin herring, and pilchards but we stopped for extra bait. We loaded up on big pilchards and officially had a beautiful live well. We then headed straight out front and popped the kites up in about 150. There were about 1.5 knots of north current and conditions looked pretty good. It didn't take long before we had a triple header of dolphin. We landed 2 of the 3 and reset our spread. We slid in shallower to about 115' and a sailfish came up on our short. He swiped at it but we couldn't connect. After a little longer, we had a second shot at another sailfish. This time we capitalized. 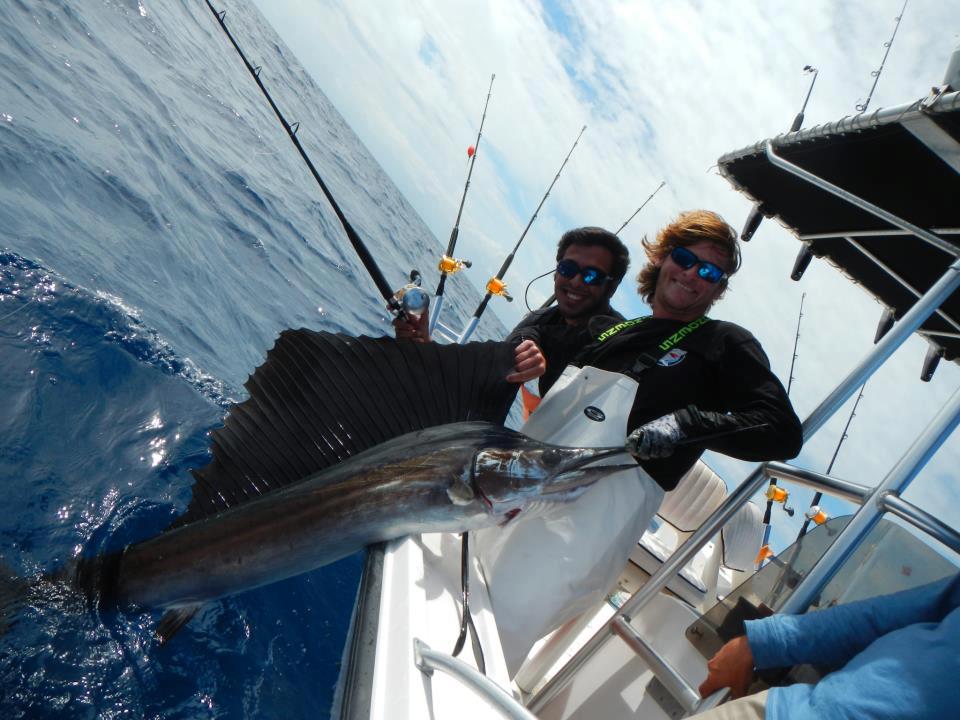 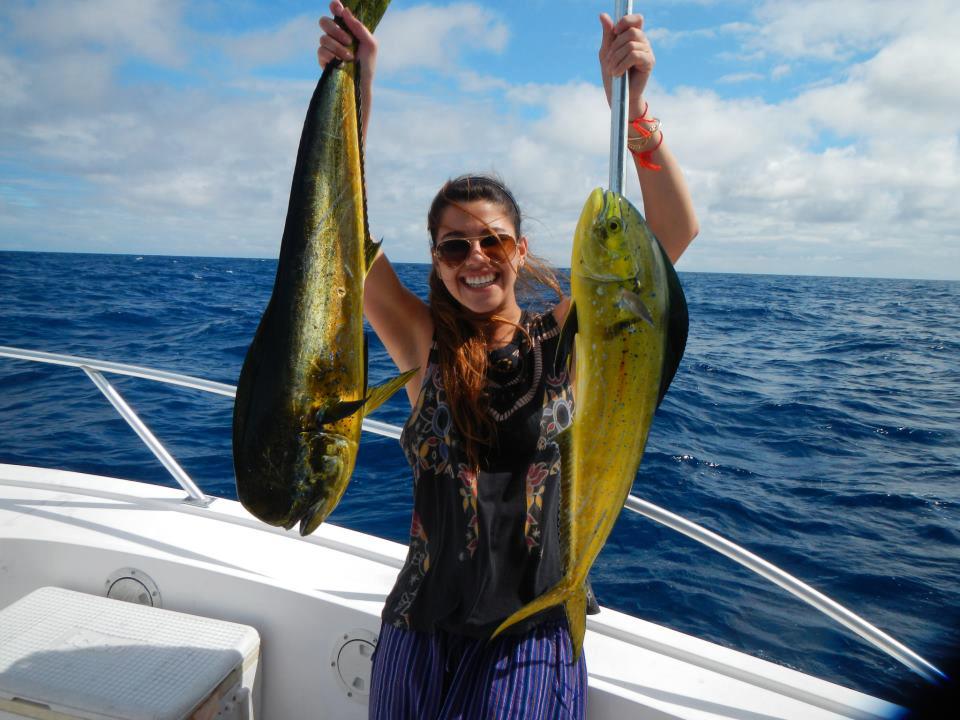 We continued to fish shallow and between 100-120', we had nonstop action for the rest of the morning. We ended up having a double header on sails and a few more singles. We also caught a bunch more dolphin, several kingfish, and even hooked 6 bonito at once. We went through about 60 baits and had rods bent the entire time. Check out this video from the double header- http://www.youtube.com/watch?v=-7arM7RatUk

Fished for a few hours in North Biscayne Bay on the 20th. We used live bait and jigs but tonight the live bait out performed the jigs. We caught 4 snook and got absolutely worked by some huge mystery fish. We also caught a nice tarpon after a 3 minute fight with 20 pounds of drag on 80 lb braid. 3 of the snook were in the slot (2 came home for dinner). 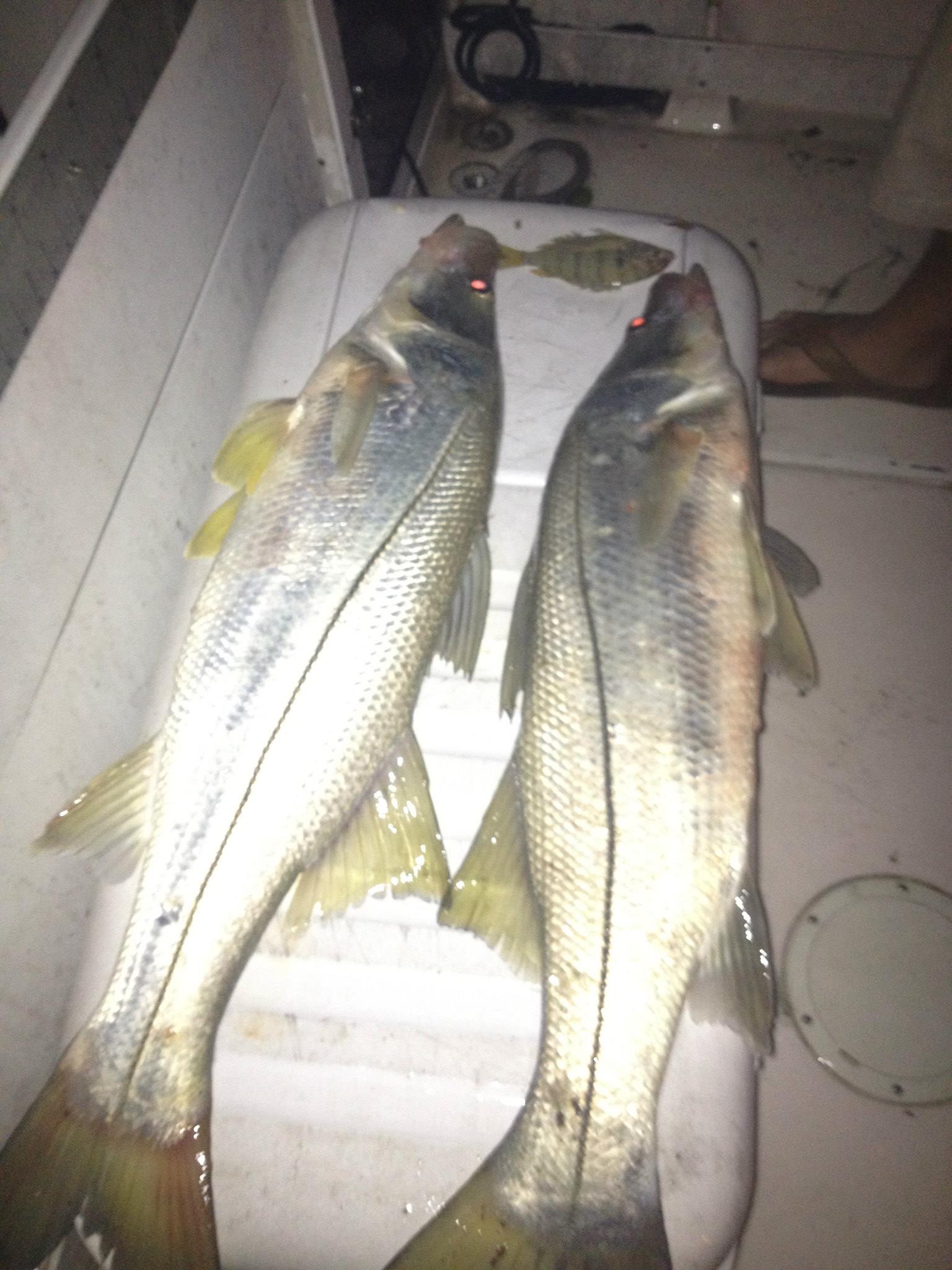 We had a request to try and capture some seatrout during a 3/4 day charter in Biscayne Bay. We went to one of our favorite grass flats and began working artificial lures with some live bait. During the incoming tide around the pilchard schools, we managed some big seatrout to 24 inches. When the tide switched, we headed to another spot where we caught our share of jacks and bluefish. Overall it was a great charter with rods bent most of the time. We also tallied up 12 seatrout (our target quarry). 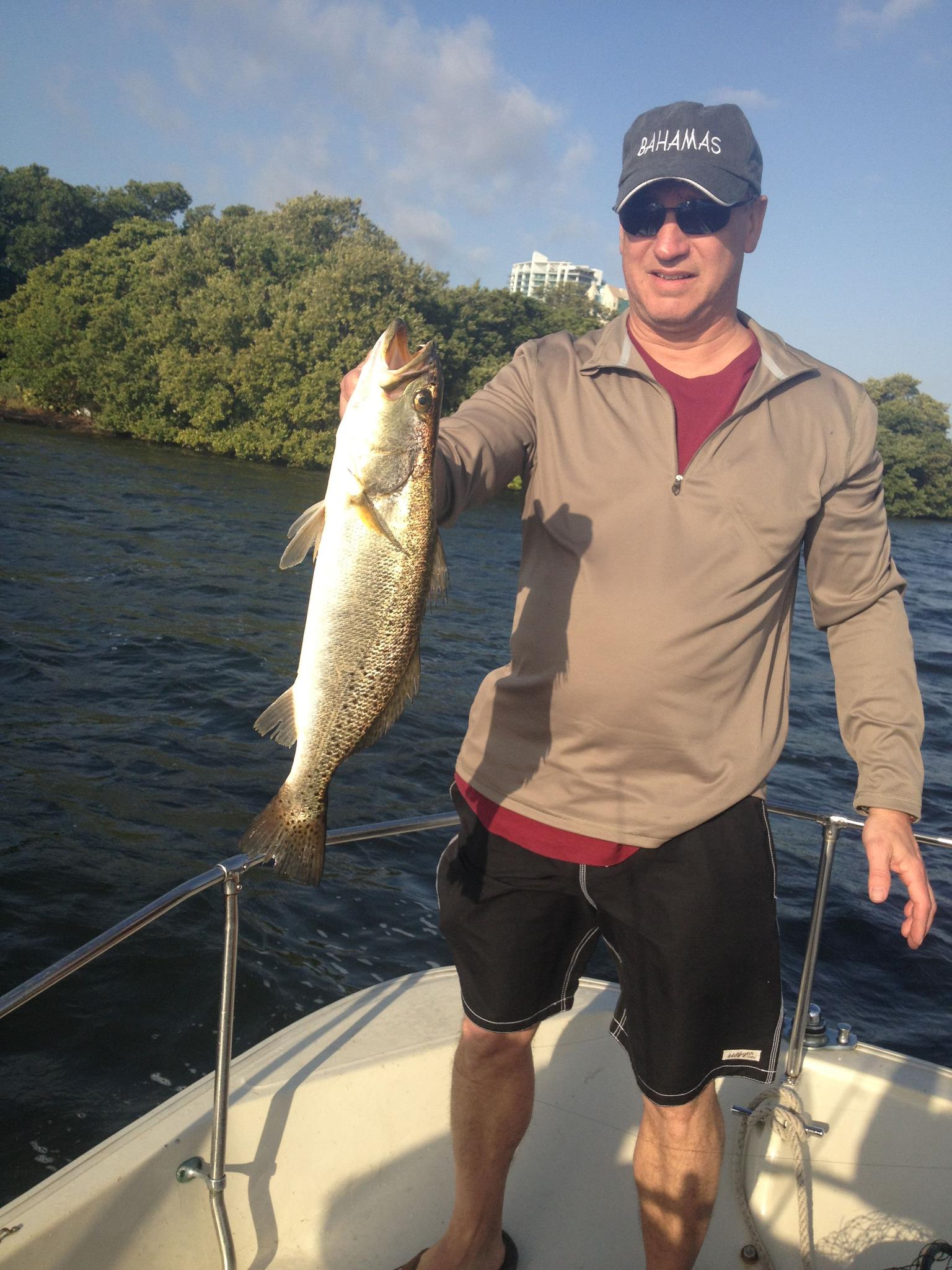 On the 11th we had a west wind and poor conditions in Flamingo. Fortunately, over 15 years of experience helped Captain John put his guests on fish anyway. We had a lot of action from many different species. Redfish, seatrout, and even a snook crashed the party. By the end of the day we had put together a decent catch. 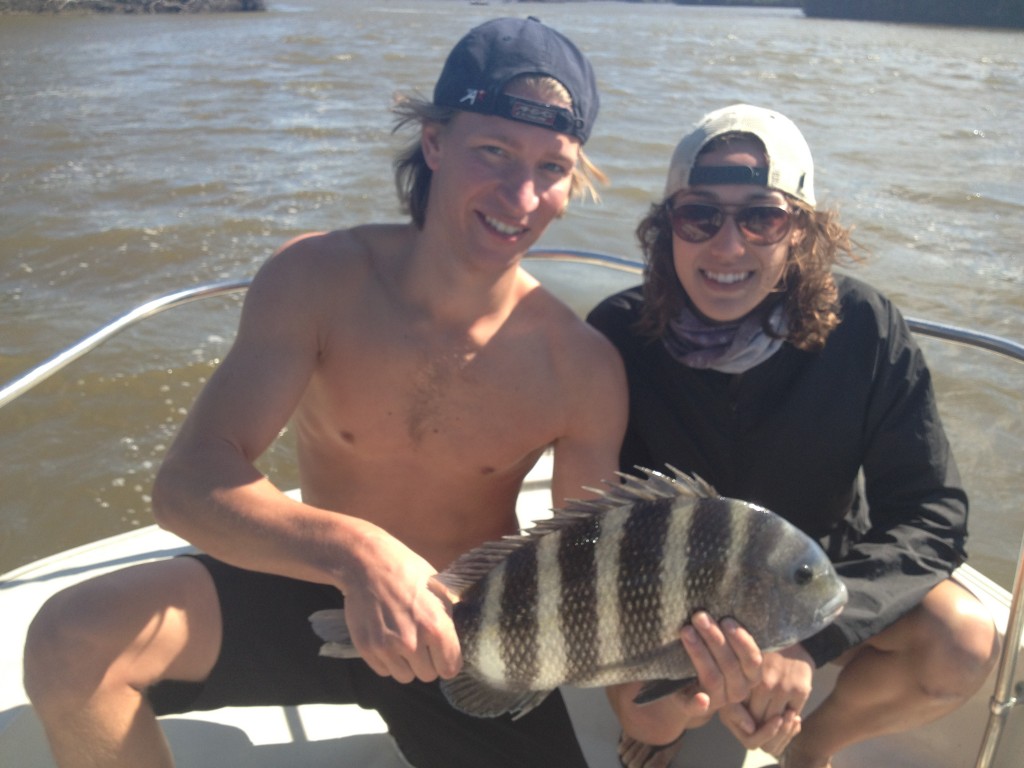