After checking the tides and making sure all our gear was packed up, Captain John and Brent loaded the wells with baits and looked for the fish. We arrived at the spot at a great time and it didn't take long... The tide was ripping but only minutes after setting up the first drift did John connect to the first fish of the night. After a short battle, the first slot fish was iced down in the cooler. It was a great way to start the season. 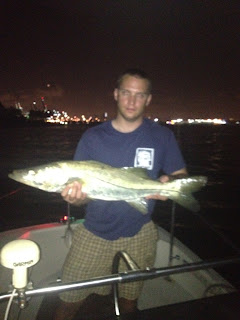 A few minutes after Brent got a solid strike, and was worked by a large fish. After a solid battle this overslot fish came aboard for a few pictures before being released. Snook have a very specific slot, they must be between 28 and 33 inches to be kept. 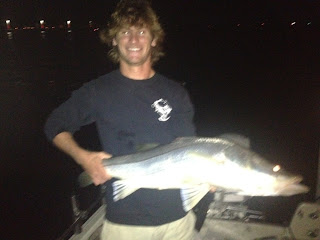 The action was hot at the beginning of the tide, but slowed significantly as the current picked up. We managed 5 solid fish for the night (2 in slot). All of the fish ate bottom baits with 80lb leader fished from 25lb bullbuster fishing line. 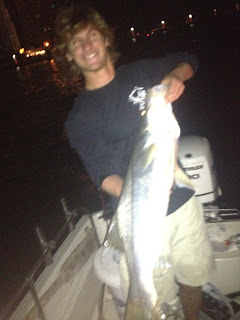