With a gorgeous night in the forecast we headed out to our snook hole. We made a quick stop for bait and loaded up accordingly. The last several trips to this spot had produced excellent results and we were hoping tonight would be no different. We set up and began our routine. David got the first strike and after a quick but brutal fight, an 8 pound cubera made it to the gaff. 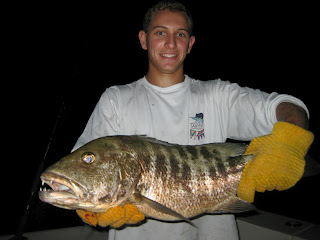 We reset after the commotion and continued working the area. The next fish was a slob snook. Steve was on the rod in an effort to catch his first. After a couple minutes we landed him for a picture, dehooking, and a release. We kept working the area until the end of the tide. Our efforts produced some more very nice fish- 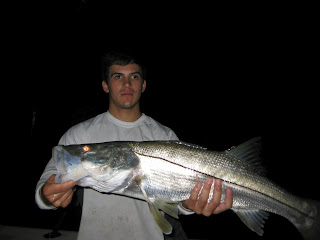 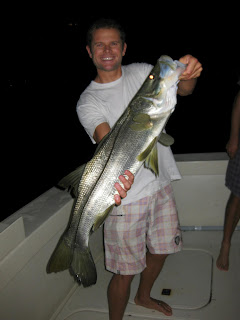 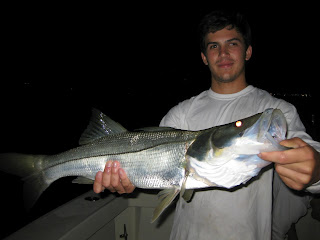 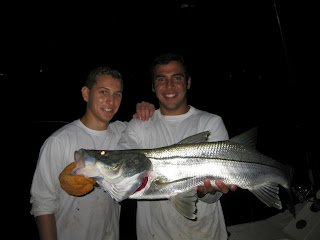 We missed a few fish but the night was certainly a success. Everyone got a chance to pull on some big snook. Snook fishing in government cut Miami Florida is very productive during summer months and the fish are big! Give us a call and we'll set you up with a trip. Final tally- 7 nice snook and an 8 pound cubera