Sailfishing with the Billfish Foundation

We left the dock at about 7:00 am and headed off into rough seas and rainy weather excited for the day ahead. Today we were accompanied by Andrew Cox from The Billfish Foundation and 3 of his friends. Needless to say we were excited for a day of sailfishing with the Billfish Foundation. We headed to Bug light where there were mats of pilchards on the sounder. We loaded up with enough bait to fish the whole day and live chum a little bit as well. We headed to the edge and popped the kites up in about 150'. We soaked baits for about 45 minutes without a hit. We were fishing just to the south of another boat who hooked up and slid right offshore. Just after, we scooted behind them and to the north then instantly hooked up in 160'. Andy was on the reel with his first sailfish. The sail put on a show greyhounding in circles but he was eventually subdued. We were now 1/1 on sails. 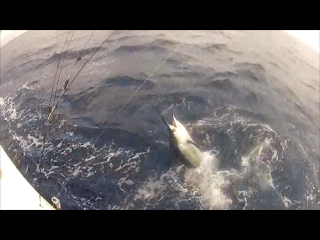 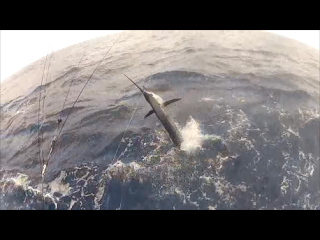 We moved south and reset in the rain. We had a fairly long drift without much action... Near the can, we hooked up to a second sail in about 140'. Travis was on the reel in an effort to catch his first sail. It was an acrobatic little guy who we made quick work of. We were now 2/2 on sails and after a few minutes we moved south and reset again. 2 of the 3 people who had never caught a billfish caught their first sails by this point. We trolled back south and picked up a small dolphin along the way. We popped the kites up again off Fowey and began another drift. Once again there was a lull in the action but like clockwork, a sail hit the left long. This fish cooperated fairly well and Krystyna got the fish to the boat. We put a tag in the fish and released it. We were now 3/3 on sails and every billfish virgin on board caught a sail. 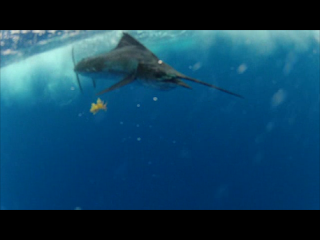 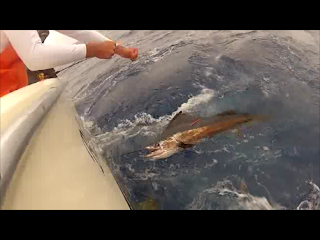 We reset the spread and started live chumming for tuna. it was already 3 pm and the crew was exhausted so this was the last spread we would deploy. After dumping most of the pilchards, some fish started crushing the freebies and 4 rods went off. 3 of them fought like bonito but one stayed straight up and down and was digging like a nice blackfin. Unfortunately the hook pulled just out of leader reach. We landed and released the rest of the bonito except 1 which Andy kept for bait. By this point everyone was satisfied with the action and we headed in. 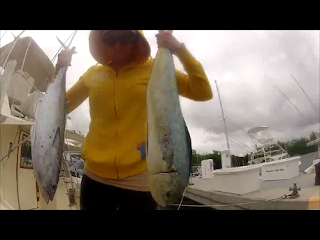