We left the dock at about 730 ready for anything. This time of year serves as a transitional period for fisherman. Fish have thinned out on the edge, and winds are typically lighter than winter, so kite fishing isn't so easy. At the same time though, pelagics are few and far between offshore so trolling usually turns up an equal amount of action.

After filling the wells with bait we decided we had enough wind to pop the kites up. We settled in an area just south of fowey, popped six kite baits up, a deep rod, and a flat line and began the waiting game. Action was slow to say the least. The radio was dead, and those that ventured offshore found nothing so they returned to the edge to soak kite baits as well. At about 1130, something smoked the right short and took off on a blistering run on the blue side of a deep rip (220'). The angler had just gotten comfortable when whatever it was bit through the leader.

We rerigged and reset, and began waiting again. As Nick was tending to the kite baits, the long swam deep, and was inhaled by a sail. After an acrobatic display our first angler handed the rod off to the second (he got tired), then the second handed the rod off to the third (after he also got tired). Our third angler put the heat to the fish and we had a successful leader touch 15 minutes later.

We snapped a few pictures, planted a tag in its side, and revived it before calling it a day and heading back in. 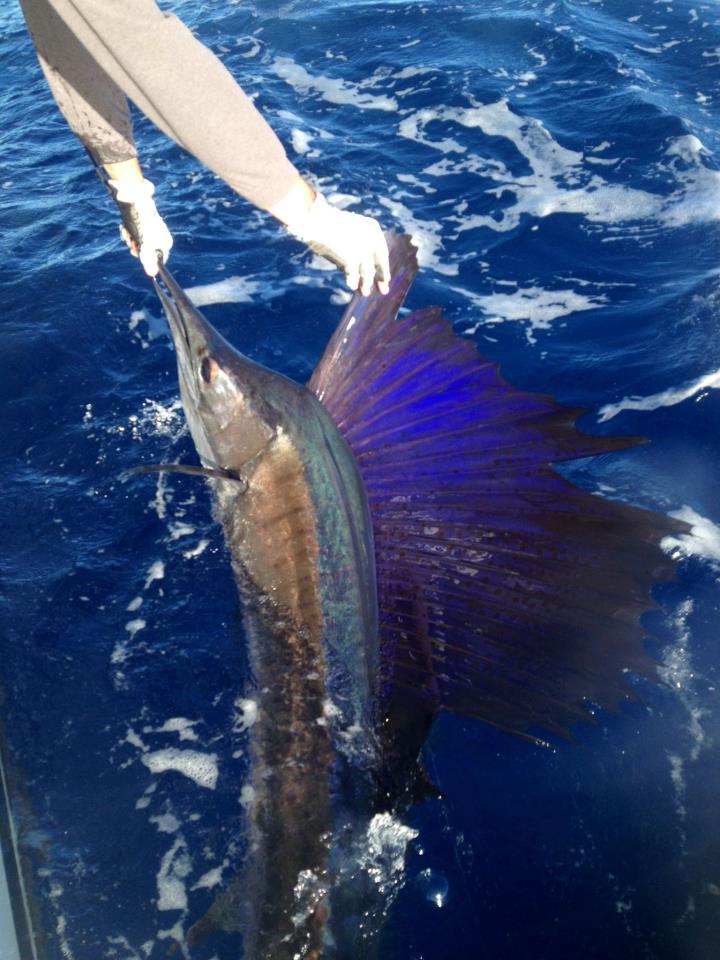