Kite Fishing for Dolphin and Sailfish off Miami

We left the dock at 8:30 for a morning trip to start up our group's bachelor party where they would head to the keys after the charter. We already penned up some threadfin herring earlier that week so we got to fly by the mayhem at bug and put lines in the water. There wasn't much current on the edge and things were a little slow at the start. It didn't take too long before a dolphin at the left short kite bait and started jumping. We came tight and got him in the cooler pretty quick. Soon after, we caught another dolphin in about 180'. 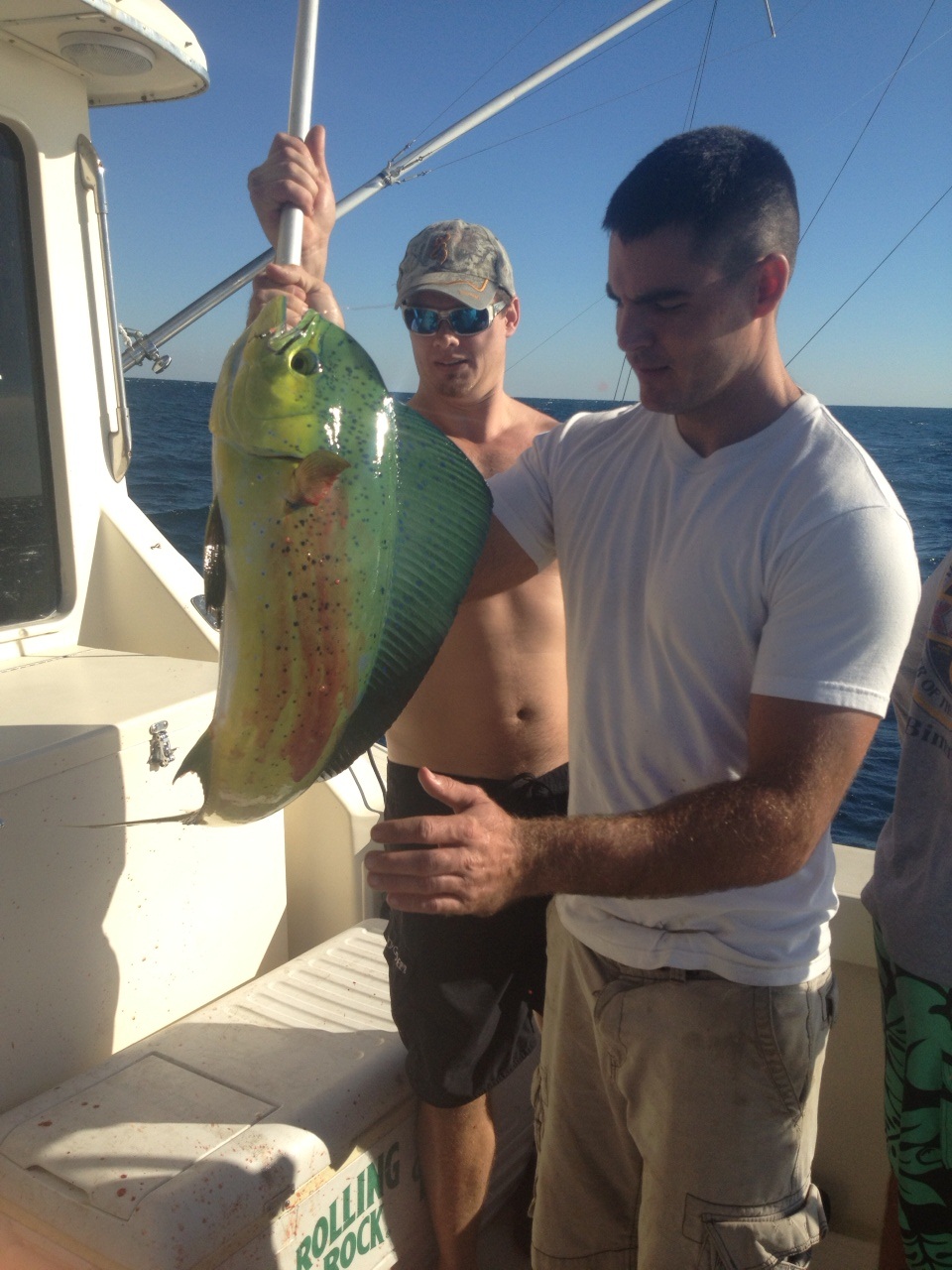 We scooted out to a decent current rip in about 300' after boating the gaffers. We had a small shark cruise into the spread and we pitched a live bait to him. He inhaled the bait and one of our customers began bringing him to the boat. Midway through the fight, a sailfish destroyed the left long and we had a double header: a sailfish and a small shark. We released the shark in quick order and turned our attention to the sail. We got him to the boat after about ten minutes and boated him for a quick picture before the release. 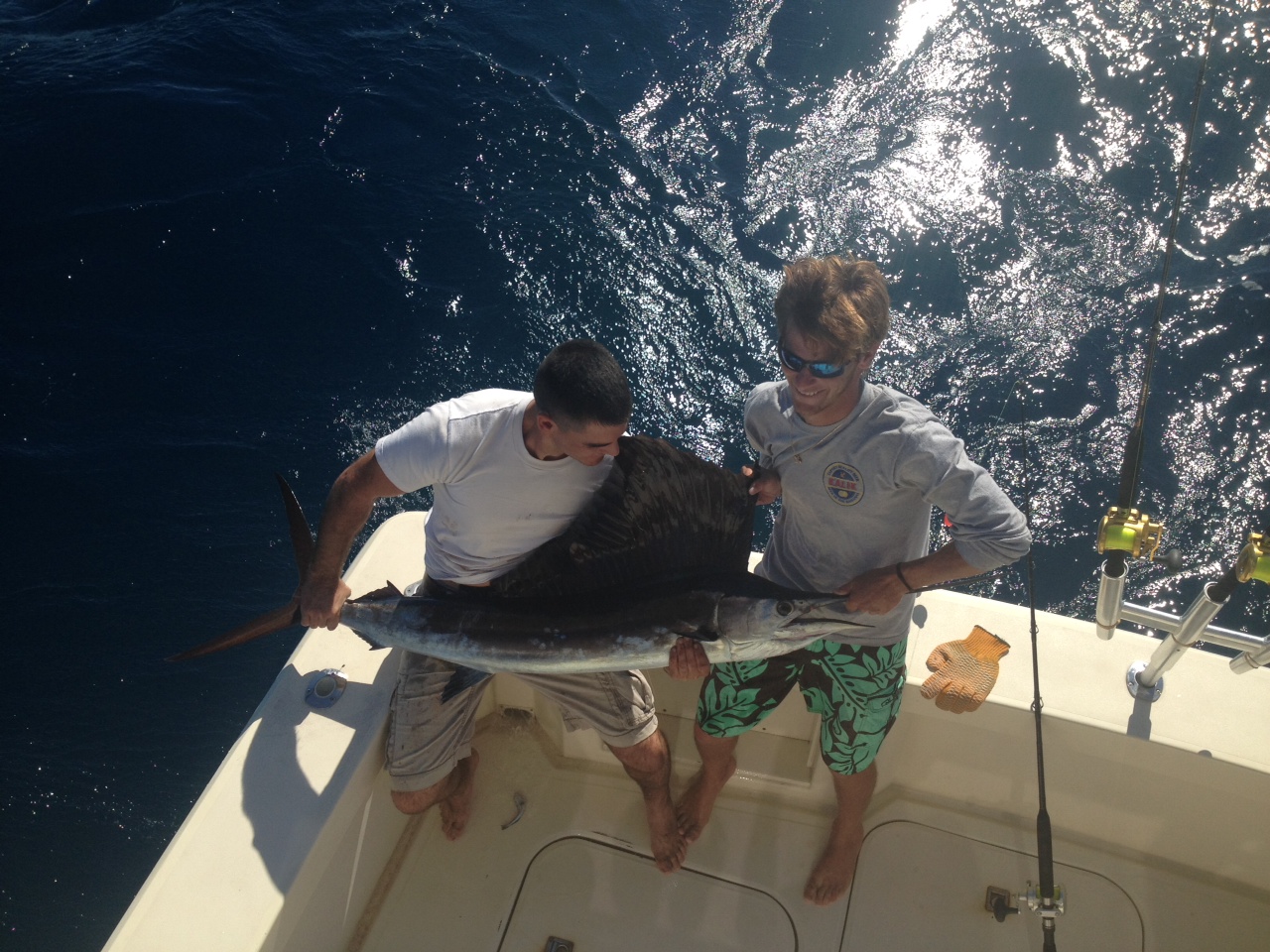 We finished the morning a little while after catching the sail. Final Tally- Sailfish and 2 gaffers