Full Day Miami Fishing Charters give us our best shot at finding the fish, especially when everyone has tight schedules. Today we left the dock at first light and headed to the cut for bait. We loaded up on pilchards and a few threadfin then headed out. There was green water out past 300 so we made the decision to troll south. We picked up 2 dolphin and caught a bonito along the way. (a 5lb dolphin and one was released) We eventually made it further south then popped up two kites with 6 baits. We had a couple cutoffs then missed a sail on the short kite bait. After a few more minutes we started catching dolphin. We ended up catching several mahi and a remora before moving back south and resetting for a final drift. We had now caught 4 dolphin (3 in the box, 1 released) as well as 2 bonito. On our last drift we ended up catching another bonito, 2 keeper dolphin and we released one more. In addition, we caught a 12lb blackfin tuna off the kite. 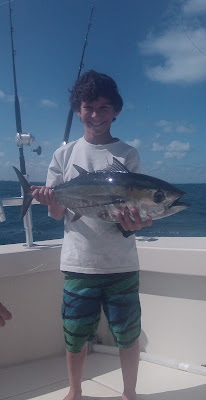 Blackfin off the kite

We trolled x-raps on the patch reefs before heading in looking for some light tackle fun. The mackerel were nowhere to be found but Ari landed a 15lb bonito on light tackle (in 16 feet of water). 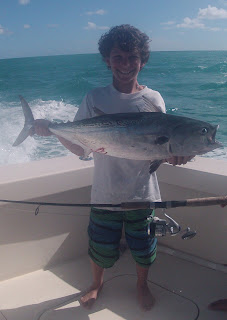 Even though the sail bite wasn't as hot as anticipated, everyone still had a blast with all the action. Full day Miami fishing charters give the captain and crew more time to get our anglers hooked up and fill up the fish box. Besides, who wouldn't want to make their offshore experiences as long as possible? 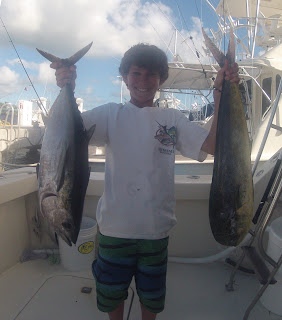