Today we left at 7 and headed to bug. Pilchards were thick off the mark and we bumped around until we caught enough for the morning. Only took about 15 minutes. Water on the edge was nasty out to 400 or so. Green water and no current... The rain and tropical storm winds from the day before had things pretty stirred up out there, but the foggy green water was clear enough to spot cobia as they cruised along the edge. They look almost like sharks as they slowly swim looking for an easy meal. Catching cobia in Miami today was very sight oriented, where the captain intercepted the free swimming fish with the boat. This allows the baits to intercept the crusing fish. Bump trolling livies didn't produce a hit between 60' and 200'. It seemed pretty dead until Girard spotted a decent cobia cruising south in about 90'. We dragged the baits in front of him and put the reel in free spool after he inhaled the pilchard on the right short. As soon as the fish turned the other way we engaged and it was fish on... After a couple minutes he was at the gaff. 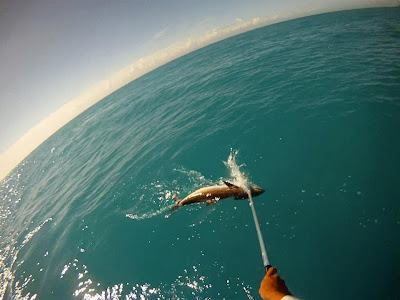 It was a nice cobia, pushing 25 pounds. 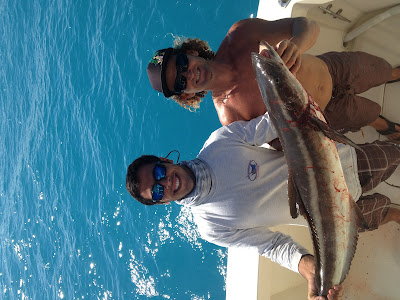 We saw another cobia cruising south but he sounded before we got anywhere near him. After about 45 more minutes without seeing another fish we decided to switch things up to get a king or a few. I put out 2 flats, 2 midlines, and a kite with 3 baits from a dead boat. The drift started off in about 170' and in 95' we hooked up to what seemed like a decent little king. After dancing around the boat we got him to the gaff. He was probably about 12 pounds. 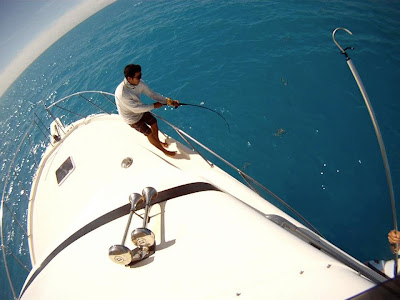 We called it a day after that fish. The majority of the crew was pretty exhausted from their respective escapades during the previous night so we opted to head in around 10:30. 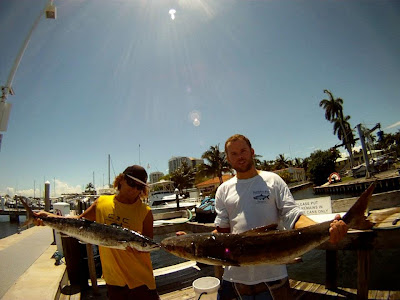