Sailfish are always a trip maker. Regardless of the time of year, these fish are always a welcome surprise. Between their long runs and acrobatic displays, sailfish are definitely one of the premier gamefish off of Miami. Below is a story about an early season sailfish bite.

Sailfish on the Troll

Like most trips, we started with a bit of bait fishing. We went out and picked up some hard tails at bug shortly after first light. They aren't our favorite bait but they'll do. After making bait we traveled to the edge and put out a trolling spread.

The spread consisted of six swimming ballyhoo, two of which off planers. We started fishing in 190' on the dirty side of a color change, the shotgunned swimmer doubled over then went slack. Seconds later, the fish came back and this time I was on it for the drop back. I expected a bonehead but a nice sail started greyhounding. We handed the rod off to one of our guests, who'd never caught a billfish. We released her after a short fight. Good start to the morning. 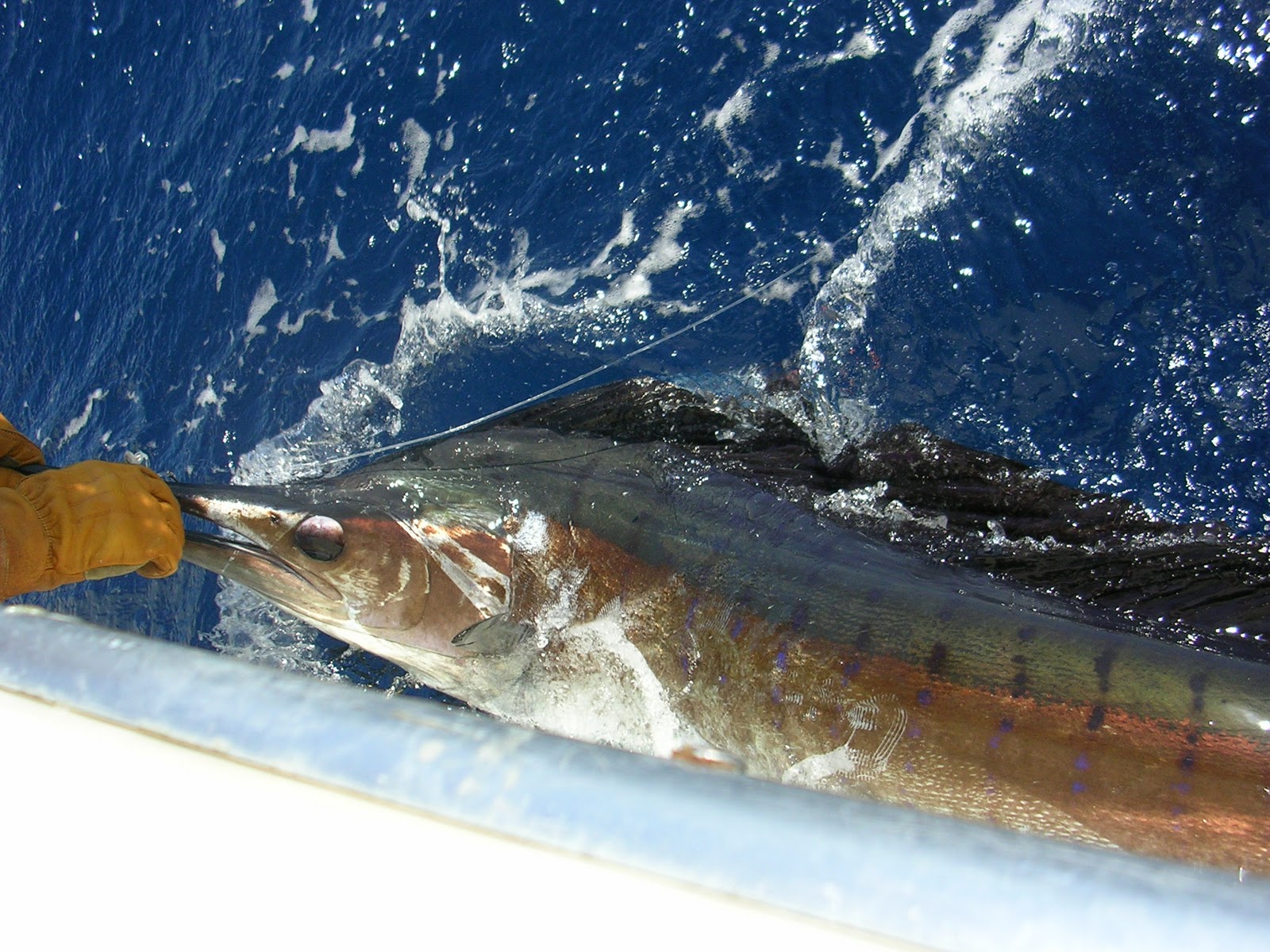 We trolled for another hour through fields of scattered weed and eventually got fed up. It was blowing about 10 knots and we decided to try and put two kites up on what was now a well defined edge in 120' right off Fowey. I put wire traces on the kite baits and put two livies at staggered depths in the water column. Didn't feel like missing trash fish. Shortly after deploying the spread, a hot sail came on to the short kite bait and one of our guests fought it for a little over 5 minutes. Unfortunately we pulled the hook on a jump right next to the boat. Figured 1 for 2 on sails wasn't bad for early September. We reset and had no action for quite some time. Edge was still very well defined and had pushed out to 150 while we drifted north. As I was thinking about the fact that I still hadn't hooked or caught my bonito or king, another sail came up on the short kite bait. We made quick work of this fish and we were officially 2 for 3. We reset and didn't get any more hits. We were pretty pleased with the early season sailfish action in Miami. The edge moved out past 200 and wasn't nearly as defined. Finished the day after missing a hit on the deep bait.   Our final Tally 2/3 on sails 0/0 on boneheads, cudas, houndfish, ramoras, etc.