While deep sea fishing in Miami, you can never rule out an encounter with a marlin. n the spring a small window of opportunity opens when White Marlin can be caught on the edge while kite fishing for sailfish. White marlin are often mixed in with packs of sailfish as both species share a similar niche. On banner sailfish days during spring, several shots at whites are not uncommon. The occasional rat blue may also crash the party. White Marlin are significantly smaller than Blues, rarely reaching more than 100lbs. They are finicky eaters but brutal fighters. In seconds they'll switch from jumping all over the place to slugging it out in deeper waters.

Overall, Florida has a pretty poor white marlin fishery, especially compared to marlin fishing in the Bahams or Eastern Seaboard during the summer. White marlin are more of an incidental catch off Miami but always a possibility. For better marlin fishing, feel free to inquire about a trip to the Bahamas. Chub Cay in particular can have an awesome marlin fishery during spring and is one of the best places in the Caribbean to catch a grand slam (3 billfish such as a white, blue, and sailfish). The most traditionally effective method for marlin fishing is trolling with naked ballyhoo, dredges, and teasers. They are finicky eaters and can be tough to fool so your spread needs to be meticulous. They aren the smallest marlin but have the biggest personalities. 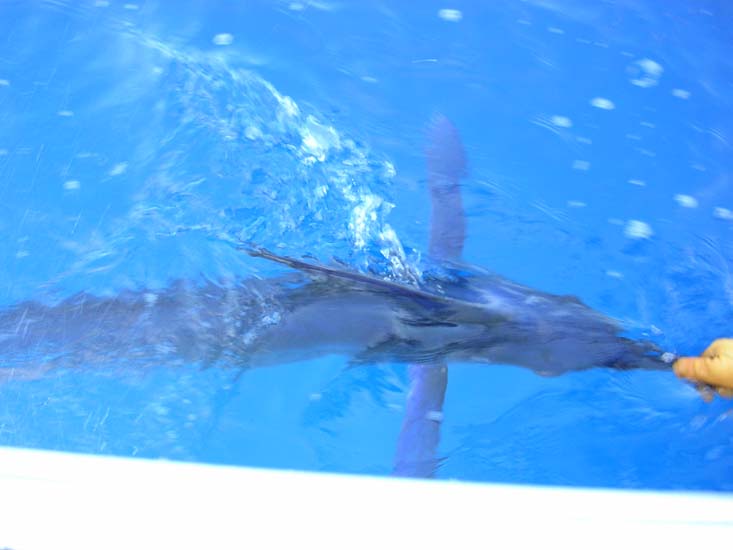