The silver king is one of the most acrobatic inshore fish likely to be seen in South Florida's waters. Capable of reaching weights of 200lbs, Tarpon migrate down the beaches in fall and winter though pockets of fish remain resident year round. Fish will travel in pods of varying size, preying on anything that gets in their way as they travel. These pods are most easily targeted when fishing off Miami Beach, where the fish's dark backs contrast the light sandy bottom. Recent advances in fish finder technology has also helped captains pinpoint schools of tarpon even when they aren't rolling. Sidescan sonar technology is particularly useful for targeting tarpon because they are large fish in relatively shallow water.

In the fall, big Florida tarpon are dialed in on mullet as they migrate from northern waters in search of warmer areas. In the winter and spring however, tarpon hang out in the same inlets as snook, gorging themselves on shrimp and crabs as they are flushed out of the bay system with the outgoing tide. Tarpon fishing charters employ 20lb Spinning tackle filled with 50lb braid and 6ft of 60lb leader. For hooks we typically use 6/0-8/0 inline circle hooks depending on the size of the bait. 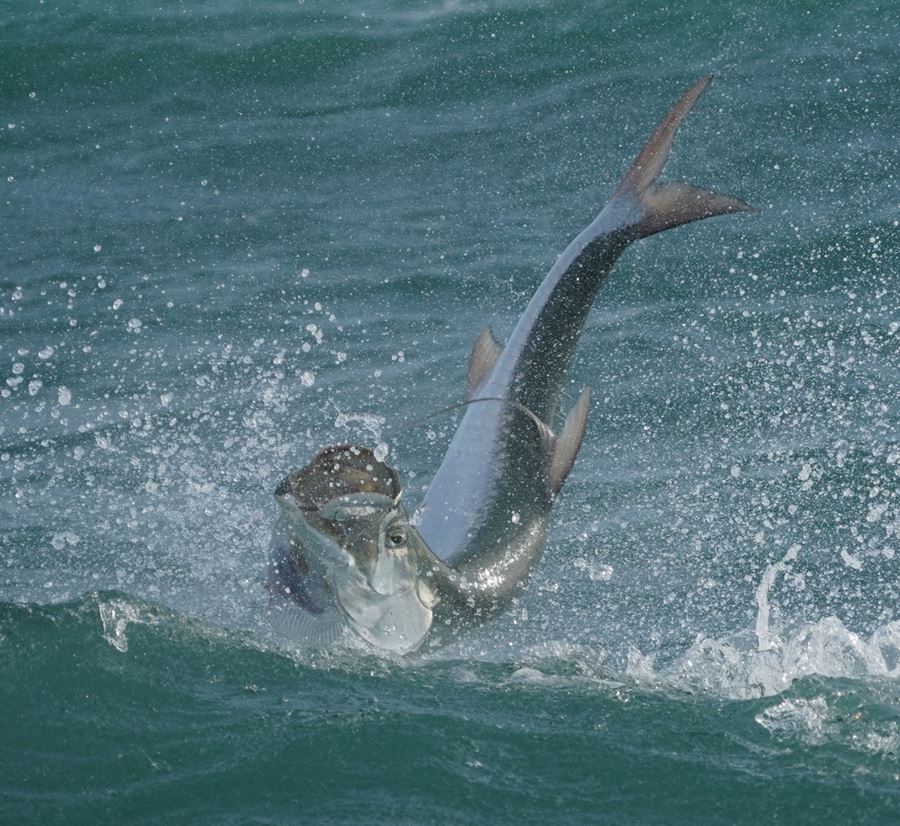 Drifting live bait in the current can be very effective for tarpon fishing. Depending on the time of year we might use shrimp, crabs, mullet, goggle eye, and more. Light tackle tarpon fishing is a blast but can also be a curse when a 100+ lb fish decides to sit broadside in a 4 knot current. Braided line and a heavy guage hook really helps in these situations. We typically put 8-12+lbs of heat on tarpon depending on the size of the fish. A tarpon's acrobatics are something to remember. Wild head shakes mixed with countless jumps and flips are expected, though large fish will occasionally stay deep for a much more brutal fight. The mouth of a tarpon is as solid as a rock, making sharp hooks a must. Even with needle sharp hooks though, tarpon throw hooks all too often. Tarpon in Florida can be found inshore too, though those fish in the backwaters are typically smaller in size. Light tackle and artificial lures do the job when fishing in these arenas.

Tarpon are prehistoric fish equipped with large sensitive eyes, and equally large scales. Tarpon fishing is best at night but can be decent early in the morning and late in the evening. Tarpon are also one of the few species of fish that are capable of breathing air. Using their modified swim bladders, tarpon can survive in oxygen poor environments by "rolling" and inhaling breaths of fresh air. During prolonged fights, tarpon will do this as well, reenergizing themselves with oxygen found both above and below the water. Tarpon are truly an incredible game fish, and it's no wonder so many enjoy pursuing them. Baits fished during nighttime tarpon charters aren't always intercepted by tarpon either. Snook, permit, mutton snapper, cubera snapper, grouper, sharks, and many other species will eat the baits meant for the silver king, so don't be surprised if you have a mixed bag by the end of the night. 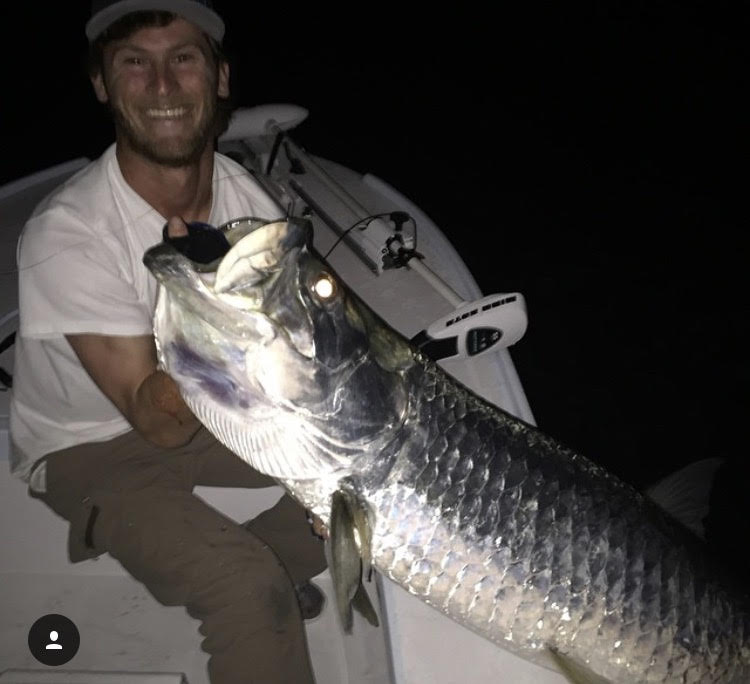