This voracious pelagic species is one of the most impressively colored game fish swimming off Miami. Running into schools of dolphin is a common occurrence while offshore fishing in Miami. Dolphin follow current rips and Sargasso weed lines where they prey on virtually anything that fits into their mouths. Tuna, jacks, sardines, squid, flying fish, shrimp, crabs, and even juvenile dolphin (to name a few) are all on the menu. While deep sea fishing for dolphin we employ many different methods to find these fish. These methods depend on the season and conditions.

How to find Dolphin / Mahi Mahi

Dolphin, otherwise known as mahi mani or dorado are definitely a crowd pleaser. During summer we typically run offshore until we find water that looks promising. There are quite a few indicators that suggest whether or not dolphin should be in a particular area. Indicators include birds working an area, seaweed, current rips, and more. We typically find productive water and then proceed to work the area. Trolling for dolphin along weed lines and current rips with an assortment of lures and baits is one productive method to cover ground and find the fish. We also sight fish by putting a captain in the tuna tower and having a mate ready with a live bait. There are four main methods for finding dolphin. Chasing birds, working rips/weed lines, live baiting free swimmers, and finding floating debris.

Not all birds are created equal. They all have their niche and flight patterns. Understanding different types of birds and their migration as well as feeding methods is crucial for catching more fish. There are several main indicators for whether or not birds are chasing dolphin. 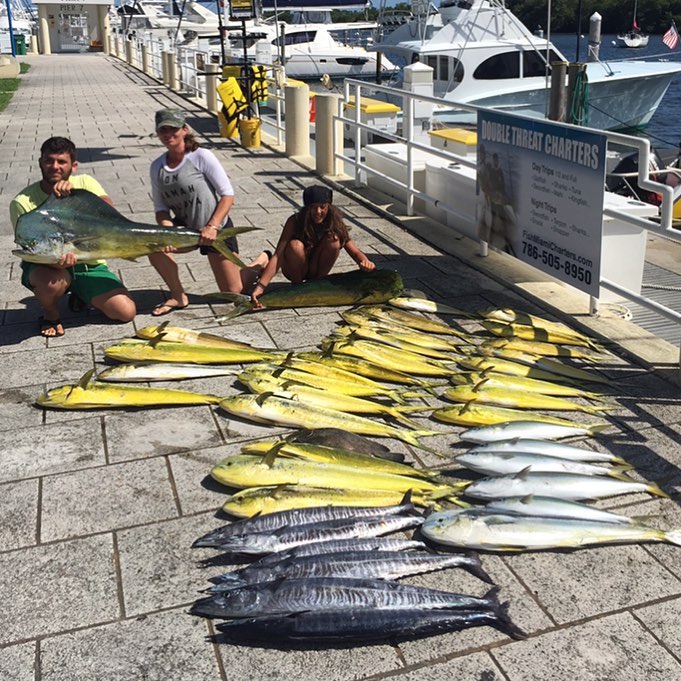 Weed lines or rips (current lines or edges) can be very productive for dolphin. We like to troll down weed lines with 4 baits out. We could deploy more lines but if we hit a big school we are quick to switch to spinning gear. Trolling 2 ballyhoo and 2 feathers is usually adequate for covering ground and determining if there are fish in an area. Some weed lines hold fish and some are barren. Depth of the weed line and biomass are important factors. The more bait the better. Look for small jacks, rudder fish, flying fish, etc. These forage fish are dolphin candy. Weed lines that hold more bait often hold more fish. In addition, examine depth. Weed lines in deeper water or more importantly, blue water will hold more fish. Sometimes dolphin can be caught shallow but for the most part they like north current and blue water most frequently seen in the gulf stream in 300-2000ft of water. While trolling a weed line, look for schools or individual fish up top either throwing a v-wake, jumping while feeding, or just free swimming if you have a tower.

Floating debris (floaters) can sometimes be the easiest way to have a banner day on dolphin. Buckets, pallets, pieces of wood or bamboo, and just about anything you can imagine can hold fish. These pieces of debris serve as shelter for bait fish and eventually create their own ecosystem as the bigger fish follow. On some days all of the floaters hold fish and some days only a few. I have noticed a correlation where debris hold more fish if they are in the middle of nowhere. These oasis style floaters usually hold more fish with everything in the area congregating to one spot. If you find a floater, it is best to switch from trolling to live bait. Bail as many fish as you can and be careful not to "sting" fish with poor hook sets. If you are careful you can catch the entire school. If you are sloppy the fish may become weary and shut down/ stop biting. 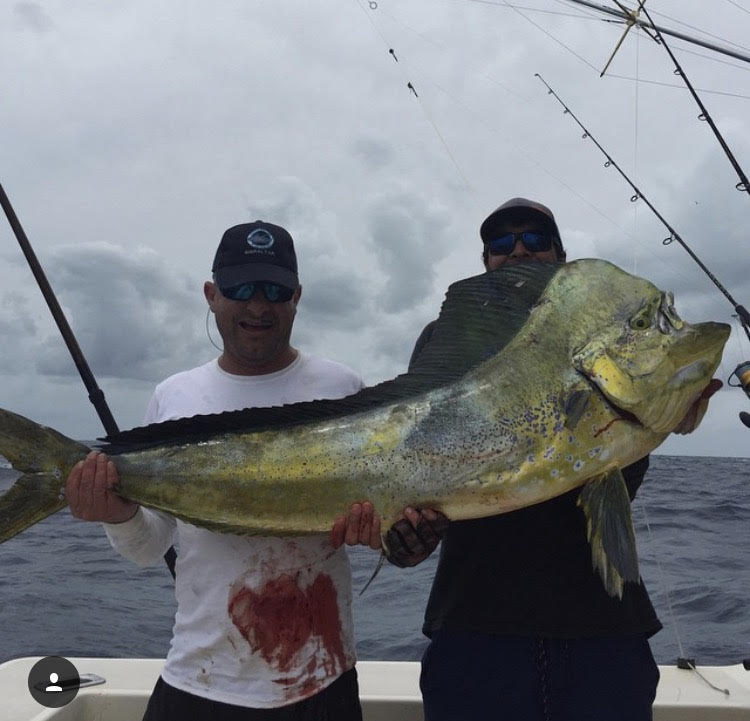